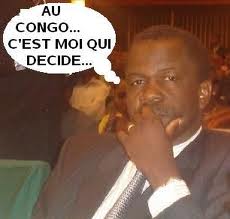 Augustin Katumba Mwanke was Kabila’s éminence grise. His voice in economic matters was taken seriously. Already close to Kabila père, this Katangais (b. Pweto, 1963) was behind the Congo-China deal and was very influential in facilitating relations between the Kinshasa political elite and the mining sector. Although he did hold any official position in the Kabila cabinet, he was former head of the Alliance for the Presidential Majority (AMP).


Kabila already has serious problems managing criticism of the recent elections fiasco. The loss of his main advisor is an additional blow.

This former governor of Katanga (appointed by L.-D.Kabila in April 1998) served on the board of Anvil Mining. He was accused of financial wrongdoing by the UN group of experts investigating the illegal exploitation of Congo natural resources which led to his dismissal from the position of Minister of State Assets (portefeuille de l'Etat).

The profile below is excerpted and adapted from a classified cable by US Ambassador William J. Garvelink.

Known for his business acumen, political discretion and efficiency, Katumba made no secret of his desire to leave the DRC to become ambassador to Israel, Switzerland or South Africa.

Katumba was suspected of having significant health problems. He spent several weeks in South Africa in 2009 for medical treatment. The nature of his health problems is not known but some observers believe he was HIV positive. This theory would seem bolstered by his emaciated physical appearance.

Katumba rarely met with diplomats. He was viewed by many as a kind of shady, even nefarious figure within Kabila’s inner circle. A former financier who lived many years in South Africa before returning to the DRC after Mobutu’s departure, he is believed to have managed much of Kabila’s personal fortune.

He was known to be close to Dan Gertler, a mysterious Israeli trader in precious minerals who, according to some sources, lends Kabila his private jet for trips abroad. Gertler invited Katumba to Israel often. Although Katumba would like to go to South Africa, it seems that Pretoria would not accept him because of suspected illegal banking transactions in the past.

Before the crash, someone made a clairvoyant comment on a Congolese internet forum about Katumba. It seems an appropriate ephitaph: ‘les faucons, ils finirons un jour, croyez-moi’.
Posted by Congo Masquerade at 17:54