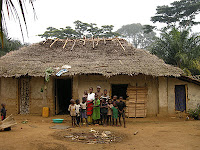 Can logistical obstacles be overcome to allow people vote on 28 November? How will the runner-up and his supporters react to the results? Will Congo follow the Côte d’Ivoire scenario? Will the disenfranchised of Masina, Kimbanseke and other ‘zones rouges’ of Kinshasa take to the streets? These are important questions. They are timely and require immediate planning.

But focus on these questions tends to mask other priorities. The recently released UNDP report on human development indicators puts elections hype in perspective. It ranks DRC at the bottom of the list of 187 countries surveyed. The new Doing Business report also reveals Congo’s fragility. Already poorly positioned last year, DRC dropped down two points this year, ranking 178 out of 183 countries.

Some macroeconomic stability has been achieved under the aggressive tutelage of the FMI and IMF. Public works efforts at reconnecting the fragmented territory need to be acknowledged thanks to the EU and China.

Security in the Kivus remains alarming despite the UN’s largest and most expensive peacekeeping force. Five years after the election of Joseph Kabila, ordinary people have not seen social benefits. They remain hungry and poor, angry and confused. The 'cinq chantiers' development program is an unequivocal failure. The current government is reproducing the historic dynamics of institutionalizing humiliation.

Kabila or Tshisekedi (or Kamerhe or Kengo) as president matters little. The way that power will be structured to improve the well-being of ordinary Congolese after the elections is the real issue. With attention riveted on the elections and the personality politics character of the campaign, people’s needs and expectations tend to be overlooked. Holding elections is important but designing and implementing a participative social agenda is equally essential.
Posted by Congo Masquerade at 18:28