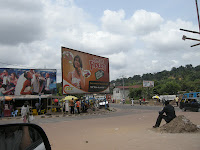 It amounts to nearly $8 billion, a 20% increase over last year’s budget. The budget has increased steadily over the past decade but remains proportionally insignificant to the country’s size, resources and population.

For reasons of comparison, the annual operating budget of Boston University is $1.6 billion.

Matata defined the need to build an effective state (25% of the budget), the imperative to develop basic infrastructure (18%), the revitalization of the main production sectors (25%) and strengthening human capital and improving social conditions of the population (30%) as his government’s main priorities.

Budget allotment and management is a good indicator of a government’s performance. Although a half-century of development aid shows that more money does not necessarily mean better results, it will be difficult to accomplish much in DRC with $8 billion.

Producing some visible, even small-scale development and social results, however, could contribute to establishing the relationship of trust that is so badly needed between the government and the people.
Posted by Congo Masquerade at 11:23