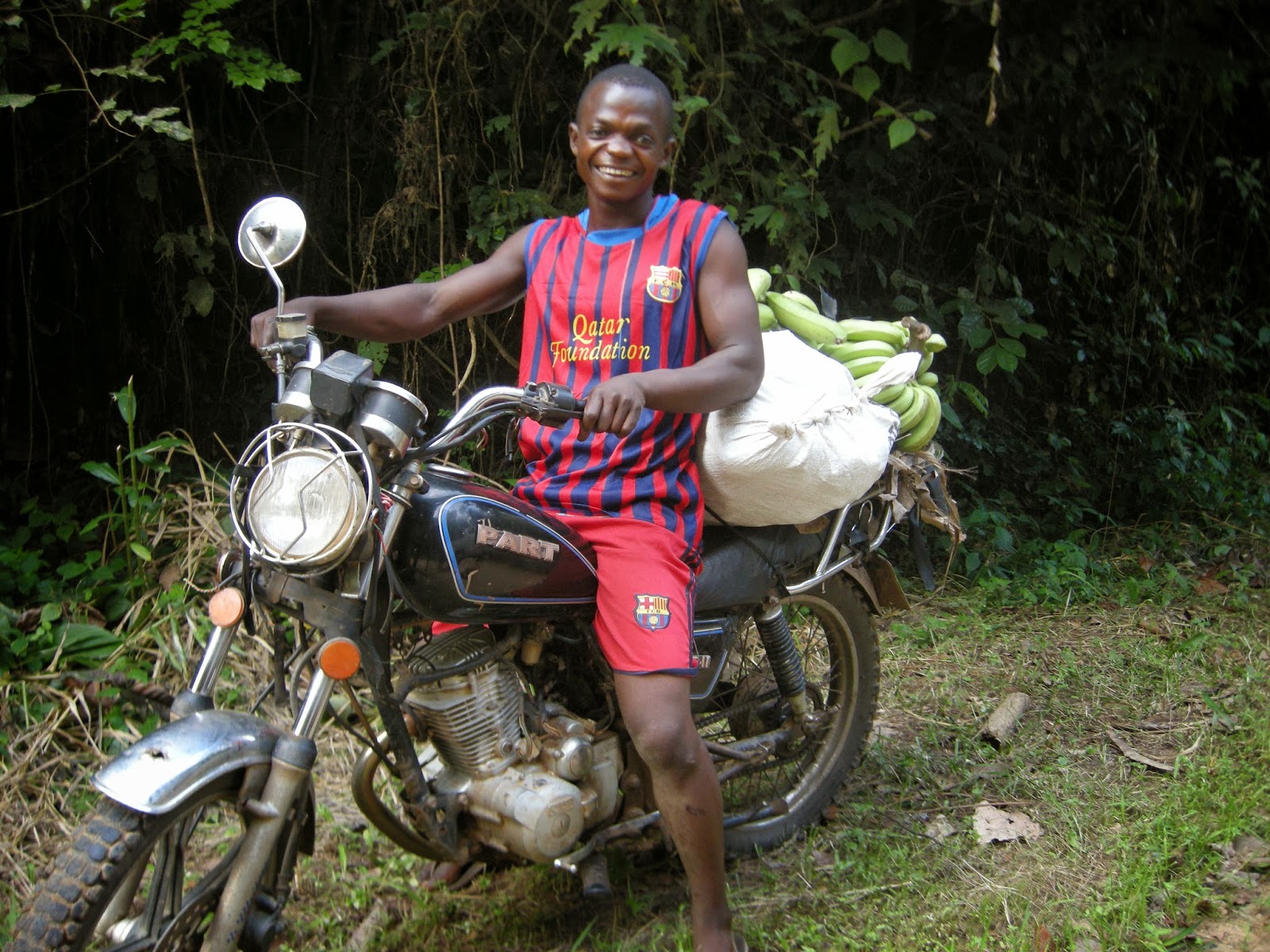 Mobile phone use took off in Congo in the late 1990s. It transformed society in general while also providing a much needed boost to food production and marketing. It helped communities organize collective transportation which reduced costs and increased security. Farmers became better informed of price fluctuations and market opportunities so were less likely to be taken advantage of by unscrupulous traders and intermediaries. The mobile continues to revolutionize access to banking services such as credit and payments, which still constitute bottlenecks in commodity chains.

The relatively inexpensive motorcycle made in India or China is the social innovation today that is contributing to change in the lives of rural farmers, especially those that live in isolated communities far from feeder roads. Eastern Congolese cities first introduced motorcycles for individual transport and as taxis. Usage has spread rapidly throughout the country. Reluctant at first, Kinshasa’s population has now embraced them for their efficiency in navigating through the capital’s infamous traffic jams. These easily maintained motorcycles are cost efficient and well adapted to the laterite tracks that criss-cross Congo’s rural landscape, even during the rainy season.

As poor road infrastructure is one of the major handicaps for getting crops to market, the motorcycle is a welcome novelty. The heavily laden bicycle is still the more common means of carrying produce, although a slow and exhausting form of labour. It is nonetheless increasingly frequent to see a young man on a motorcycle with a bag of cassava, a plastic jug of palm oil or even a pig or a goat en route to an intermediary drop-off point accessible to pick-up trucks or large lorries. As the purchasing power of the young villager is weak, coming up with the approximately one thousand dollars to buy a 125cc motorcycle is beyond the reach of most. But young men hanker after them, seeing them as the undeniable symbol of modernity, prestige and liberty. 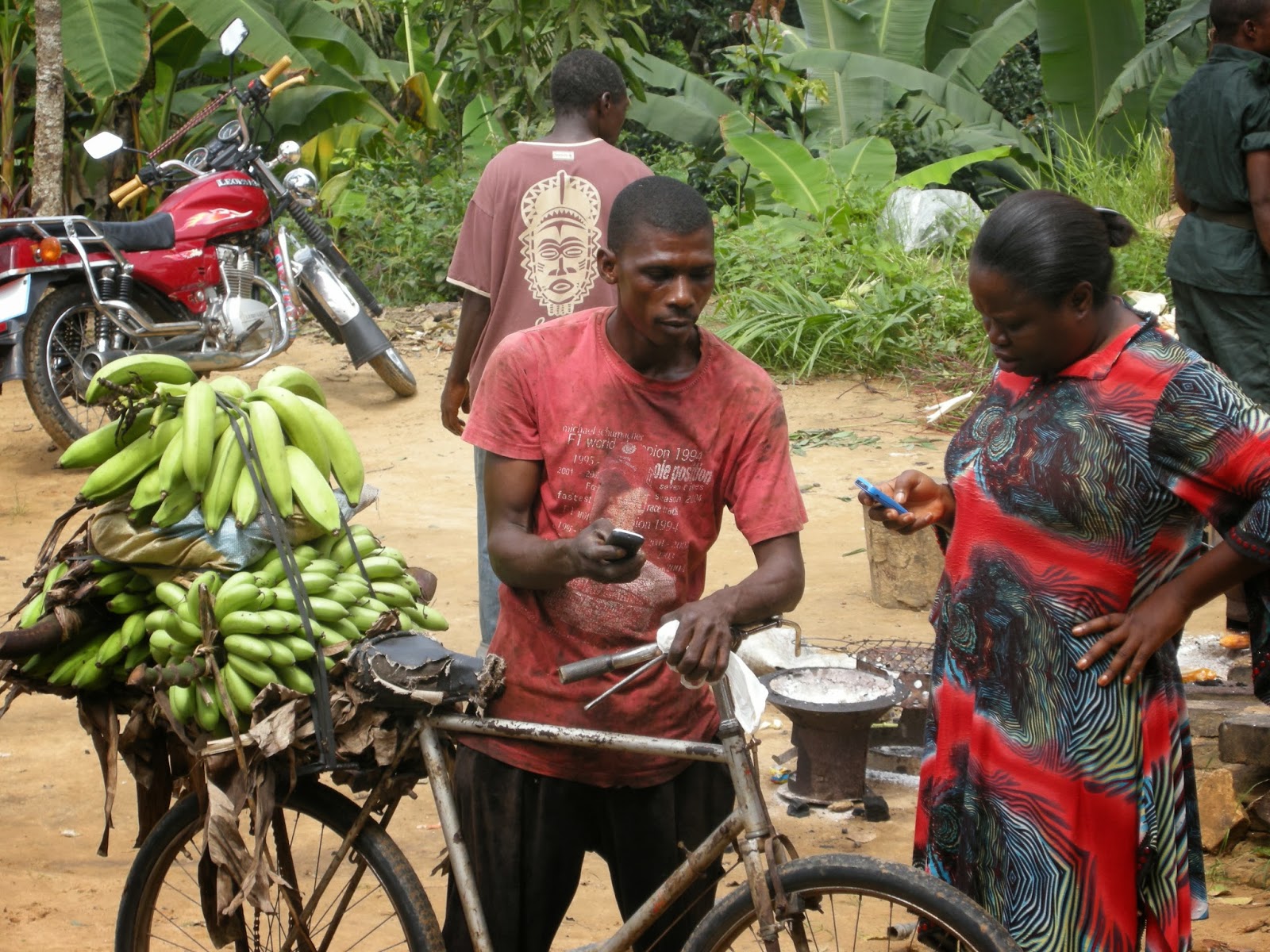 Many of the motorcycles plying Congo’s rural tracks are purchased by traders who advance payment for them in exchange for promises of agricultural goods. Young men consequently enter into a kind of indentured servitude to pay off their debts. Although the motorcycle’s impact is slight in terms of agricultural marketing, it is an emerging positive trend whose ramifications are difficult to predict.While the motorcycle will unlikely contribute significantly to feeding Congo’s towns and cities, it is nevertheless already augmenting rural revenues.

Posted by Congo Masquerade at 11:59