5,000 limos for the Francophonie VIPs 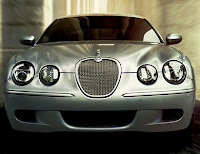 François Hollande’s election to the French presidency cast some doubts about whether the Sommet de la Francophonie would be maintained in Kinshasa – and if so, would the Socialist President who has vowed to redefine France’s Africa policy would attend.


Much to the dismay of some Congolese opposition forces who lobbied against his presence in Kinshasa, Hollande decided to make the trip – indicating however that he'll also be meeting with opposition and civil society leaders.

Now that this diplomatic hurdle has been passed, the Congolese government has some serious logistical challenges to tackle. In addition to lodging, transport is one of the major ones. Gridlock, dust and pollution, and breakdowns that disrupt traffic are the lot of commuters from Masina, Kimbanseke and N'djili. VIP summit delegates will soon discover Kinshasa’s transport nightmare.

A transport commission has been set up by summit’s organizing committee. The commission will provide 5,000 Lexus and Jaguar limousines to shuttle around the delegates. This seems incongruous on two counts. One, these limos will be travelling on some of the worst roads in an African capital (except for some refurbished stretches along the 30 Juin, Triomphal and Lumumba) and two, most Kinois ride in crammed taxi vans that are more akin to cattle wagons than passenger vehicles. The 5,000 limos are part of the presidential fleet!

The Chinese company SINOHYDRO is working on Boulevard Lumumba from the N’djili airport to the Limete bypass but it seems unlikely that they will finish the work in time. I traveled that road last week: construction progress is as slow as the traffic.

Even if the work isn’t finished to welcome the 3,000 delegates, the government has techniques to keep traffic off the roads to facilitate VIP arrivals and departures. One way is to announce spot checks to ensure drivers have their insurance policies and vehicle registration in order. As most don’t, they will avoid the city on those days.

Posted by Congo Masquerade at 14:35