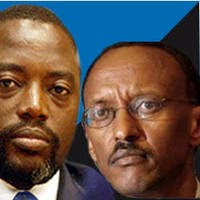 Etienne Tshisekedi’s resounding success in Katanga and Kinshasa, where he filled the Stade des Martyres with over 80,000 followers, has given the Kabila camp good reason to worry. Only a few months ago, Kabila was riding high – the opposition was fragmented and there was cause to doubt the viability of Tshisekedi’s candidacy. Isn’t he too old and frail, intellectually diminished and unable to consolidate factions within his Union pour la démocratie et le progrès social ? His comeback has responded to those doubts.

If his success is a concern to Kabila, it is also a reason for Vital Kamerhe to rethink his strategy. It would make more electoral sense for Kamerhe, who has a relatively solid powerbase in theEast (but more in North Kivu than in South Kivu) to lend support to Tshisekedi in exchange for assurances to be appointed Prime Minister. Bemba hasn’t said much about what he thinks about a single opposition candidate, and his position counts (even though he currently sits in an International Criminel Court prison cell).

Though it seems rather far-fetched, some Congolese believe that Kamerhe is Rwanda’s ‘Trojan Horse’. The 'falling out' between Kabila and Kamerhe is seen as part of a Machiavellic scheme to destabilize the opposition. The rift they claim is a trick, master-minded by Paul Kagame who needs Kabila to stay in power so Rwanda can pursue its campaign to Balkanize the Congo. 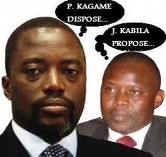 Posted by Congo Masquerade at 13:06