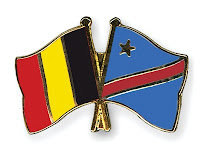 Belgium has become a secondary commercial and political partner for Congo whose partnerships with China and other emerging economies are constantly increasing. Conversely, the former Belgian colony still has a place on the agendas of numerous political leaders and institutions in the former metropole. Activities in Brussels this June provide ample proof.

The number of high-level events could be interpreted as a follow-up to the activities that took place one year ago to mark 50 years of Congolese independence from Belgium. Also, as Belgium has broken all records for a country without a government, Congo helps fill a political vacuum.

EGMONT, the Royal Institute for International Relations in association with CRE-AC and the Observatoire de l’Afrique will host two Congo events on 8 June. A panel debate on the challenges and opportunities for Elections in DRC and a book presentation by Jason Stearns who has just published Dancing in the Glory of Monsters: The Collapse of the Congo and the Great War of Africa.

The Socialist Party’s Institut Emile Vandervelde, under the auspices of Marie Arena inaugurated ‘les vendredis du Congo’. On 16 June a round table on Congo’s natural resources will take place.

A Congolese environmental success story, Ibi Village will present its work at the Espace Delvaux on Tuesday 14 June. A group of international experts will present Ibi’s socially sensitive approach to carbon sequestration. Prior to the debates, the pioneering film by Henri Storck Les Seigneurs de la forêt will be shown with a presentation by environmental historian Patricia Van Schuylenbergh.

In honour of the International Day of the Environment (17 June), the Agence Belge de Développement is hosting a workshop on Payment for Environmental Services  Case studies from Indonesia, Peru, Equator and DRC will be discussed.

Posted by Congo Masquerade at 17:13